5 reasons you *must* visit Newfoundland

While in the middle of planning a vacation to Prince Edward Island in summer 2015, I suddenly found myself intrigued by the oddly shaped island to the northeast. It had an air of mystery about it, and the more I scoured the internet for pictures and details, the more enchanting Newfoundland became in my mind.

Long story short: our 3-week vacation included more days in Newfoundland than on PEI. And they were still too few. Here are 5 reasons you should consider a visit to Newfoundland:

Get away from it all

Literally. Newfoundland is the epitome of “out of the way”. Except for maybe Svalbard. Or Kamchatka.

Once you’re there (which isn’t an easy trek), you are in a province with one of the lowest population densities in Canada. There are wonderfully few people in Newfoundland, and those you meet are sure to be friendly.

There is so much to explore; the island has an exquisite, rugged beauty. While you’re in or near St. John’s, make sure you visit Cape Spear, the easternmost point in North America (sans Greenland). You’ll actually technically closer to Greenland than to Toronto.

The wildlife in Newfoundland is abundant. One of my favorite experiences was taking a boat tour of Witless Bay Ecological Reserve where we saw an abundance of puffins, kittiwakes, and common murres. Moose are also abundant on the islands. They were actually introduced to Newfoundland from nearby New Brunswick, and within just a few decades, there were plenty to hunt. Now you’ll be reminded by road signs to slow down (especially at night) so as to avoid hitting one of the huge creatures.

My wife and I *did* see one moose while in Newfoundland, but it was unfortunately from a long distance away.

Iceberg tours are a staple of Newfoundland tourism. Every spring the glacial remnants make their way slowly south through “iceberg alley” along Newfoundland’s east coast, to their eventual demise.

You can find a number of tour companies that operate iceberg tours. My wife and I went on one in Twillingate. The best time for iceberg tours is typically late May / early June. We were lucky to see a couple bergs in July. This year a huge iceberg parked itself off the eastern coast of Newfoundland, drawing numerous tourists, and even some locals to take a gander.

Gros Morne is a spectacularly beautiful national park. You can visit this year with your free parks pass (SEE: 7 great parks to visit with your Parks Canada free pass in 2017) as Canada celebrates its 150th anniversary.

There are an abundance of hiking opportunities, ranging from easy day hikes to multi-day treks far from civilization. You can also take a boat tour of Western Brook Pond, which I highly recommend. We spent a day in Gros Morne. You should take a week.

Be surprised when everyone sounds Irish

For the most part, the people were moderately easy to understand. The accent is soft in St. John’s where most of the population resides. But it you visit the rural areas, be prepared to envision yourself in Waterford or Cork. Newfoundland might be the most Irish place outside of Ireland.

I hope you are. Newfoundland ranks near the top of my list of favorite places ever visited. I’m looking forward to returning someday for a MUCH longer time than our first visit. Our 5 days on the island were so cursory that the trip just left me dreaming of heading back. 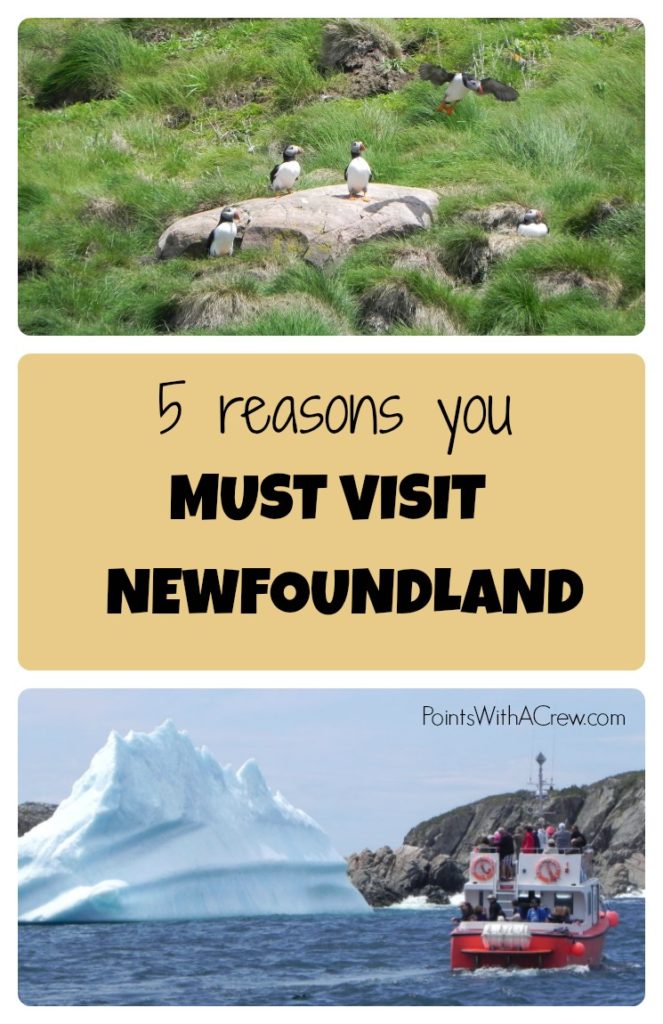