After 7 years in Boston, I finally think I can call myself a local.  While we benefit from having the airport so close to the city, it’s not always easy navigating airport signs!  Keep reading for the best ways to get out of the airport and start exploring Downtown Boston.

Driving from Boston Logan to Downtown

Hopefully you’ve got someone nearby picking you up.  Between the colonial-era urban design and the recent growth of the city, Boston roads are tougher to navigate  than ever.  Luckily, the airport is very close to the heart of the city.  Because of this, and if there’s no traffic, driving is one of the fastest and easiest ways out of Logan Airport.  (But only if traffic isn’t bad!)

Parking at the airport will set you back a couple hundred dollars for your typical week-long vacation.  Once you get your car, the best way from BOS airport to Downtown Boston is via I-90.  The interstate highway is connected directly to the airport, and will take you right to downtown via the Ted Williams Tunnel under the Main Channel into Boston Harbour.  Once your surface, follow the signs for the exit ramps to downtown, the Seaport, or wherever else you’d like to explore.

Ride Sharing and Taxi from the Airport into Boston

If you need a ride, but are without a car, Lyft, Uber, and taxis are your friend.  There’s a huge ridesharing market in Boston, and plenty of drivers.  Like most major US airports, there are now designated ridesharing pickup spots at each Terminal.  Follow the pink signs to your designated pickup spot, and the rest is a breeze.  I’ll say again, if there’s no traffic (and that’s a big IF in Boston) then a car can be the easiest way to get from the airport to downtown Boston! If you really want to take a taxi ride from BOS to Downtown Boston, you’ll likely save money by using a service like Carmel Limo — plus you can save $4 off using this link.

Another popular option is grabbing a seat on a shared express bus. A variety of express buses run from Boston Logan Airport to Downtown BOS and cost in the $15 to $20 (one-way) range. These are large buses designed for airport runs, so most of them have plenty of storage underneath the seats for luggage. GO Airlink Shuttle

is one such bus – it costs about $21 per person one way. Try promo code SHUTTLE to save 5%.

Lyft and Uber dominate the Boston market, in my experience, and there’s no true difference between them in terms of speed and quality.  I often favor Uber, simply because my American Express Platinum cards gets me free Uber credit every month! 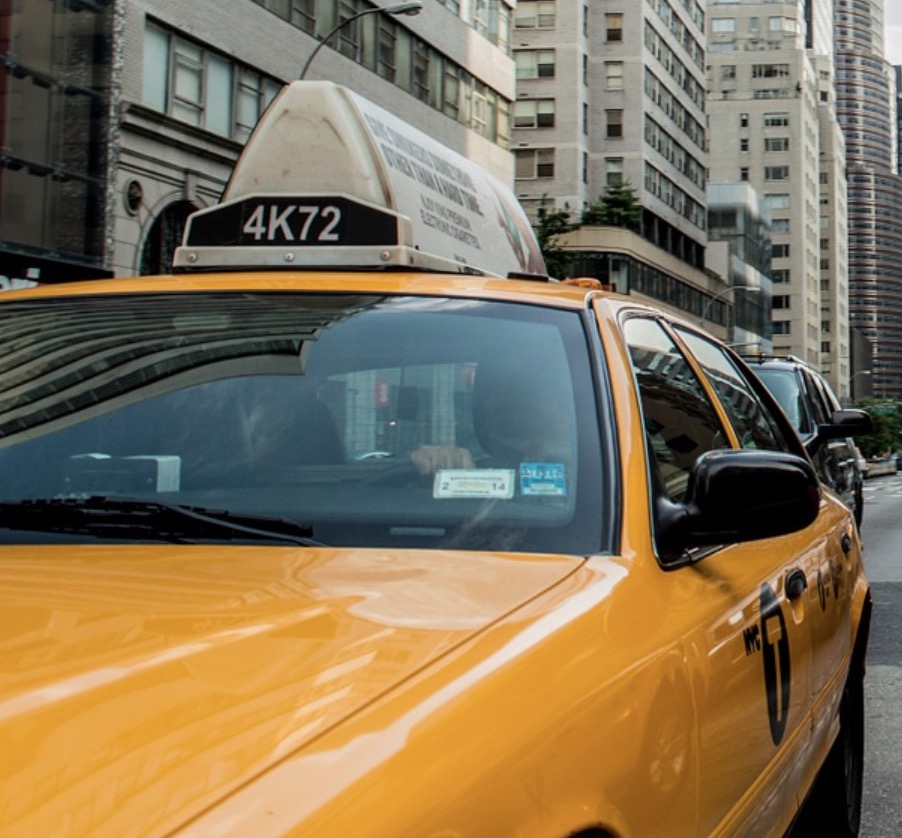 Public Transit from Boston Logan to the City

You guys already know I love the T.  I’m a regular on the T, Boston’s interpretation of a public transit system.  And I have to be honest with you, though it’s an easy target to make fun of, I use the T heavily, and it usually get me from A to B pretty reliably.

As far as Boston Logan goes, the T works pretty well!  There are two main connections between Boston Logan International Airport and the Massachusetts Bay Transportation Authority system.  The MBTA encompasses multiple light railways, a ton of bus routes, regional commuter rail trains, and a few ferries.  Both the Blue Line and the Silver Line have very easy connections to the airport. The Silver Line runs from Boston Logan International Airport stopping a few times in the Seaport along the way to South Station.  In its loop though the airport, the Silver Line will stop at Terminal A, Terminal B (twice), Terminal C, and then Terminal E.  The Silver Line from the airport is free, and you can pick it up curbside at the Arrivals Level.  Typically, the Silver Line will take between 10 minutes (no traffic) and half an hour (lots of good old Boston traffic) to drop you off at South Station.  Once you’re at South Station, you can easily connect to the local MBTA Red Line (free transfer), regional train and bus service, or walk right out the door into Chinatown or the Financial District!

The Best and Cheapest Way from Boston Logan to Downtown Boston

I’m going to stick with my gut on this one.  The best and cheapest route from Boston airport to Downtown Boston is the Silver Line!  I’ve taken the Silver Line to and from the airport tons of times.  The MBTA Silver Line remains my top choice for two main reasons:

From South Station, it’s only a 15 minute walk to the Seaport, the North End, or Boston Common.  You’re in a great spot to explore the city!

If you’re convinced like me that the best and cheapest way from Boston Airport to Downtown Boston is public transport (subway), here is a step-by-step guide on taking the subway from Boston Logan airport to just about anywhere in Boston.

First, when you leave the terminal, follow signs for ground transportation. You will end up going downstairs from baggage claim – just follow the signs. Once you get outside, look for directions to the Silver Line. It will vary depending on what terminal you’re at. Here is what it looks like coming out of Terminal A. Once you get outside, just continue following the signs till you get to the Silver Line stop. Again, it will vary by terminal but it should be with some of the other hotel and airport shuttle buses. Here is what the sign looks like in Terminal A If you didn’t know, the Silver Line that takes you from Boston airport to Downtown Boston is not a train – it’s a bus. This is what it looks like. There should be only one bus (SL1) that goes from the Boston airport to South Station. Ride the bus from the airport for 4 stops. Halfway through it stops the engine and converts to electric for the remainder of the journey. The whole journey takes about 10 or 15 minutes usually but can be more if there’s traffic. You’ll arrive at South Station on the lower level. Take the escalator, stairs or elevator up to the main level. If you’re transferring to the Red Line (for other areas of Boston), just follow the signs to the Red Line (you’ll go back down to the lower level) I hope this guide will help you get from Boston Logan International into the city – if you need to make it a roundtrip, make sure to check out my guide to the best and cheapest way from Boston to the airport!