Understanding the power of your miles and points is just as important as collecting them, if not more so. How valuable are your 100,000 Avios if you don’t know how to use them well? You might burn them on one British Airways long-haul first-class seat (with tons of fuel surcharges) when you could have flown four round-trips between the West Coast and Hawaii.

Over the years certain mileage programs have become my favorites. Granted, the only thing true in this hobby is that things will change, but for now, collecting miles with StarAlliance airline loyalty programs is typically a top choice. I’d like to take a look at 5 reasons you should focus on these programs:

There are two awesome mileage currencies among StarAlliance loyalty programs that never apply fuel surcharges (YQ) on award tickets: United MileagePlus and Avianca LifeMiles. For this reason, they are two of my favorites currencies to collect. United is a Chase transfer partner, and LifeMiles is a 1:1 transfer partner of SPG. Both programs also have a co-branded credit card.

In general, the StarAlliance is actually split in regard to applying fuel surcharges. Some airlines require none (United, Avianca) while others charge obscene YQ (Lufthansa, Air Canada). When using either United miles or LifeMiles for an award, you won’t pay the ridiculous YQ levied by other airlines.

In other alliances, fuel surcharges are almost always applied. It’s true that you can avoid them most of the time on American Airlines tickets, but not on one of their biggest partners: British Airways.

In SkyTeam-land, YQ are ubiquitous. Domestic Delta awards don’t have any YQ, but other routes do. Even a return ticket from Europe on Delta metal has fees of over 200 euros! No thank you.

You can argue with me here, but I consider StarAlliance award availability to be the best out there, when you’re looking globally. This may simply be the result of having the most partners. It could also be a matter of perception. Most StarAlliance airlines show up in their partners’ award search engines. With other airlines (*cough* American *cough*), you have to do some more digging. Which often includes painfully searching on the British Airways website day by day.

I’ve done a few searches for awards to both Europe and Asia this summer, and there is very good availability in general. It’s true the United award calendar often lies, but it usually lies the other way (i.e. it tells you there is no availability when in fact there are seats).

Take a look at award availability between SFO and Hong Kong this summer:

If you believe the calendar, there are economy awards between San Francisco and Hong Kong every day in June and July, and plenty of availability in premium cabins as well.

Compare this with American’s award availability. There are only a handful of days with economy seats. 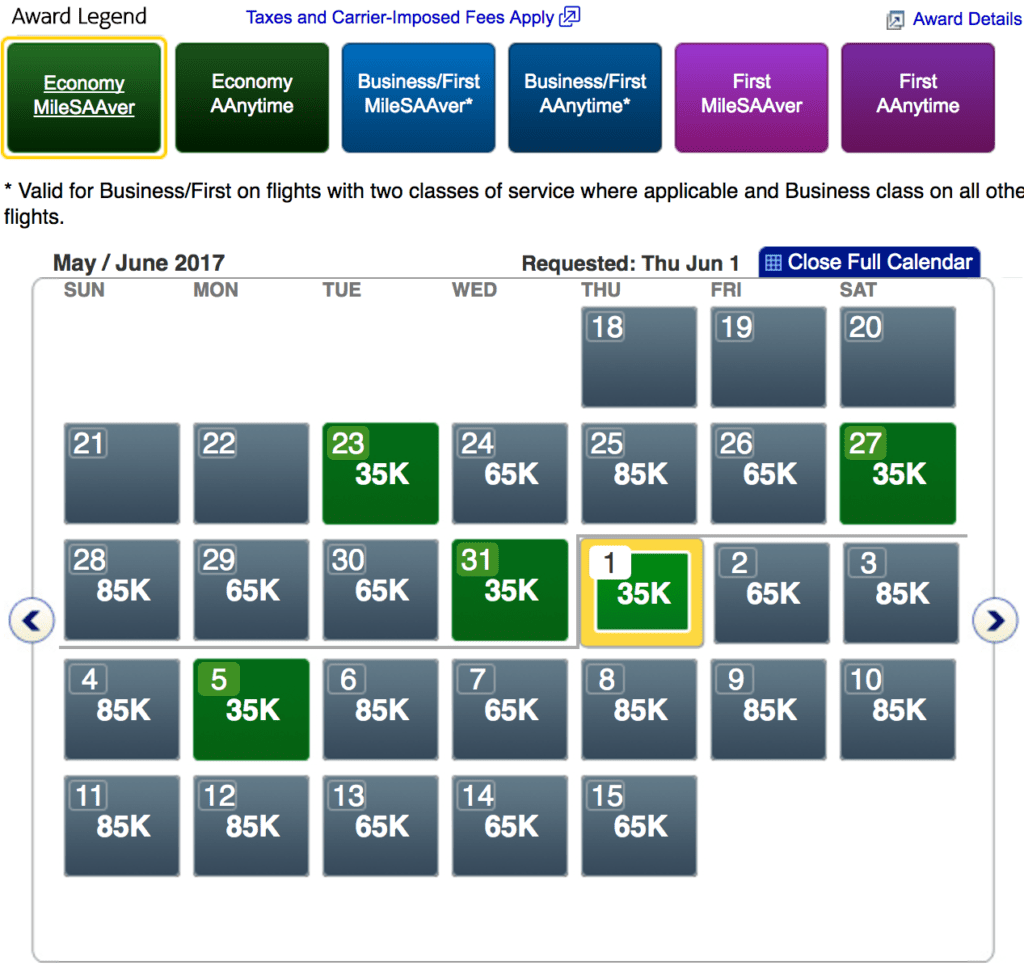 And business-class is even worse. Given that AA doesn’t show availability for Hong Kong-based partner Cathay Pacific, the options actually might be better than at first glance. Some searching in early June yielded a few Cathay first-class seats and some premium economy options with a Tokyo connection on JAL. Still, it’s nothing like what is available with the StarAlliance airlines.

The StarAlliance has the biggest network

Of the three major airline alliances, the StarAlliance is the biggest. No other alliance has as many member airlines or offers as many destinations. For comparison, the current member airline counts are:

The StarAlliance network boasts 191 countries and 1300 airports. Especially when you have members like Turkish who bring 226 international destinations in 117 different countries (at least as of 2016). The StarAlliance is especially well represented in Europe, Asia, and Africa.

You can find the list of StarAlliance airlines here.

Many people look at the “Mid East 3” when it comes to aspirational award flight redemptions. Not all that long ago, plenty of folks went crazy with Alaska miles so they could fly Emirates first-class. Nothing screams luxury like a 5 minute shower in the sky.

The StarAlliance has their fair share of great airlines. Of the world’s top 20 airlines, half are members of the StarAlliance. Those with top marks include:

So if you’re all about saving miles for the crème de la crème of airline awards, you have plenty of picks with StarAlliance miles, from Singapore Suites to Lufthasna or ANA first class. EVA business class is one of the best in the world as well.

All of the major transferable points programs (Chase Ultimate Rewards, American Express Membership Rewards, Citi Thank You) have at least one good StarAlliance transfer partner. The 4 best in my opinion are:

When considered together, you can find pretty much any award you want. ANA miles are great for premium cabins between the US and Asia. Europe, too, in many cases, if you fly with a partner with low YQ. Aeroplan is great for Europe on a handful of airlines, as well as often better than United for domestic tickets, since you can get a free stopover for the same number of miles (also, notice no inane close-in fees):

Singapore recently eliminated fuel surcharges on their own flights, but they did increase the prices of their awards. Overall, the program is still competitive, not to mention KrisFlyer miles are pretty much the only way to fly Singapore business or Suites since they limit partner access to awards.

The other cool thing with having great options with all bank programs is that you can combine miles, such as transferring points from multiple programs to Singapore.

You can also leverage the diversity of the programs. Say, for instance, you have 81,000 UR points and 67,000 MR points. Rather than give up that you don’t have enough in either program for two one-way business class tickets from Chicago to Paris, you can book two awards in two different programs. By transferring 70,000 UR to United and 55,000 MR to Aeroplan, you’ll have enough to book the 2 seats on Turkish between Chicago and Paris with a connection in Istanbul. Just make sure you choose the same exact flights!

Obviously, many people may value other miles more highly. Factors such as elite status, home airport, desired destination, and experience with an airline can all play into the equation. Some people despise United. Just remember, you don’t necessarily have to use United miles to fly United.

But as someone who isn’t loyal to any airline and has done upwards of 85% of his air travel on award tickets in the past 4 years, collecting mileage currencies with StarAlliance airlines is often my top choice.

I will freely admit that the only alliance airline serving my local airport is United. This founding carrier of the StarAlliance runs 3 flights per day out of Arcata. To fly on an award ticket with OneWorld or SkyTeam airlines, my wife and I have to drive 5+ hours to the San Francisco Bay Area. This inconvenience obviously gives me a greater affinity for StarAlliance currencies.

Still, after several years of travel hacking, I find that you really can’t go wrong collecting miles with StarAlliance airlines. Their miles offer the most destinations with the lowest fuel surcharges (in general) on a range of products.

What are your thoughts? Do you value mileage currencies with StarAlliance airlines as highly as I do?