Amtrak complaints? How to get compensation for Amtrak delays

My family and I recently got back from taking an epic summer vacation. We had an Amtrak train trip from Ohio to Denver, then touring through Yellowstone, Mt. Rushmore and the Western United States before returning home on Amtrak

Our Amtrak trip was a blast, but we did run into a few problems, mostly with delays, which cause me to wonder if I’ll ever take an Amtrak trip again… and left me with a few Amtrak complaints. Our outbound train (the California Zephyr from Chicago to Denver) ended up with a 13 hour delay, arriving at 8pm rather than a scheduled arrival time of 7am. On the return trip, we were supposed to leave Denver at 7pm, but didn’t leave until after 10pm 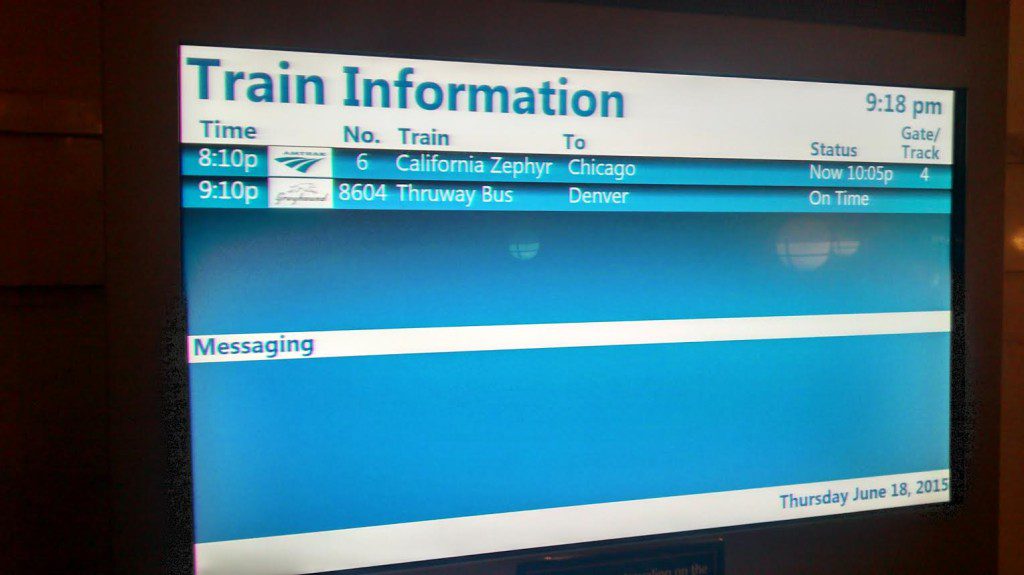 The lying board of estimation…

Our trip delay stayed about 3-4 hours late, which wasn’t the end of the world, but the 2 big problems were

When to call to get Amtrak compensation

In the middle of our 13 hour delay enroute to Denver, I was on the phone to Amtrak customer service a few times trying to figure out options.

Although they were helpful (sort of?) and listened to my Amtrak complaints while I was enroute, when I asked about compensation for the Amtrak delays, they said to call back after the trip to discuss compensation.

So you can’t call until your trip is over, and I assume there is an end date that you need to call by, but I’m not sure what it is exactly. Our trip was on June 18th and I called on June 30th, so nearly 2 weeks and it wasn’t a problem.

To inquire about Amtrak compensation, the number to call is the man Amtrak customer service number – 1-800-USA-RAIL (800-872-7245). You need to speak to the Amtrak customer Relations department.

When I spoke to someone I said, “I was on an Amtrak train last week that was delayed and would like to open up a case”. You’ll want to have the reservation number from your ticket What kind of compensation to expect for Amtrak complaints about service

If you have an Amtrak delay or other Amtrak complaints, you’ll generally only get an Amtrak travel voucher.  When I called, I pushed to see if there were any other options, but it did not appear to be so.

Amtrak seems to have some formula for how much your Amtrak compensation travel voucher you are eligible for, but I haven’t been able to figure out exactly what that is.  But I can share some data points.

Remember, the total cash value of this trip was over $6500, and that, along with the amount of the delay is what they seem to use to figure out Amtrak compensation.

When I hung up and called back later, the second agent I spoke to was able to see the notes from my first call, so I couldn’t get a better offer 🙂

When I called for the delay and missing meal on my return trip, I was told that they estimate about $10 / person for missing a meal, and offered $300 for the delay portion, so $400 total.  Those 2 numbers don’t seem to be inline (how is a 3 hour delay worth $300 but a 13 hour delay only worth $700?!?), so it does seem like there is a little bit of wiggle room in figuring out how much Amtrak will give you in travel vouchers if you have Amtrak complaints.

I didn’t actually pay $6500 for my trip, instead spending 100,000 Chase Ultimate Rewards points. Honestly, I would rather have had Amtrak refund some proportion of my points rather than travel vouchers, since if you use them wisely, points can get a lot better value than cash, especially on longer trips in sleeper cars.

I’m not sure if I will earn Amtrak Guest Rewards points on a trip that is paid with travel vouchers, though I would assume not. Still, there are similar situations such as the Best Western Best Rate Guarantee where you do earn points.

If anyone knows for sure, leave us a note in the comments

Of course, what’s a fellow to do if he has $1100 in Amtrak delay vouchers when he doesn’t necessarily want to ride Amtrak ever again? 😀

There are 2 different ways that you can get your travel vouchers after successful Amtrak complaints.  You can have them mailed out to you, but that requires that you present them physically AT an Amtrak office.  That’s fine for those of you who live in the Northeast Corridor or other cities with regular Amtrak service.  Not so good when my Amtrak station is open from 11 p.m. to 6:30 a.m. (no, really).  The second option is that you can keep the Amtrak vouchers stored in your account.  That lets you use them online or over the phone, but makes them non-transferrable.  In looking at the Amtrak vouchers fine print, it does look like these travel vouchers CAN be used for someone else’s travel though – if anyone has experience with that let me know.

One thought I had would be to go on a trip without the kids, just the 2 of us – something like this might make sense. 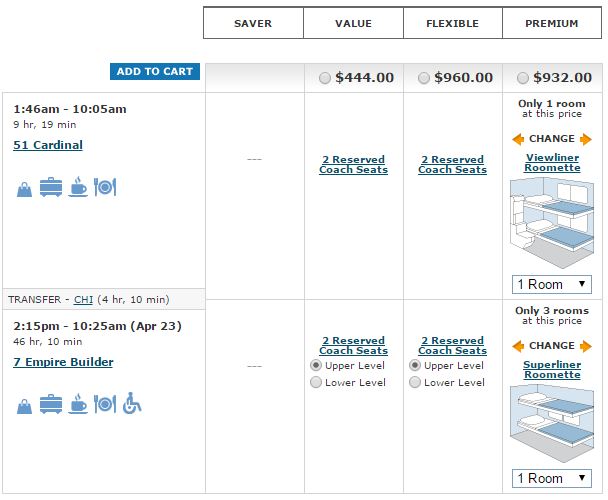 We could go one way from Cincinnati to Seattle, spend some time there, and then fly back using airline miles.

The Amtrak vouchers are good for one year, and then you can use them for travel up to 12 months out.  So the vouchers I got in June 2015 are good through June 2016 and can be used for travel through June 2017.  To redeem these vouchers, you need to call the main Amtrak customer service number.

All this traveling to get vouchers to travel more reminds me of getting “bumped” on airline flights!

Have you gotten vouchers for Amtrak complaints?  I’d love to hear your experience in the comments!