As we enter the last quarter of 2018, I’m assessing my loyalty strategies for the end of this year as well as the next. I’m generally not a very loyal traveler. You can check out my map of hotel stays to see that I frequent just about all of them. I’m also opportunistic with my flights, preferring to get a good deal (in either cash or miles) over sticking with the same airline or alliance.

So it makes sense that I achieved status opportunistically as well. Here’s how 2018 has shaped up, and what I’m looking at “loyalty”-wise moving forward.

Locking in status with all three “Big 3”

Never did I think I would attain status with any airline in the near future, let alone with all three of the U.S. Big 3. Previously, I’ve come maybe halfway to the lowest tier due to work travel the past few years on United. I usually fly 3 round-trips annually, always to destinations in the west.

Well…2018 has shaped up to be quite different than I expected. After the company that employs me won a couple projects back east, I leveraged work travel to complete a Marriott Platinum challenge (SEE: Fast track status: how to sign up for a Marriott Platinum challenge). One of the perks of this status is United Silver status, so I locked this in through the end of next year. It got me my first complimentary upgrades ever. And then a couple more, all on the same plane (SEE: 3 reasons why the ERJ-175 is my favorite non-wide-body jet).

But then I mostly left off flying United since they’re…well, terrible (SEE: United’s problem is…everything). I’ve flown back east 7 times now for work: twice on United, twice on American, and three times on Delta. So any “loyalty” I describe is pretty much a farce.

My loyalty to American extended to accepting a status gift when they were offering them a few months ago. It was only for Gold, but I decided to jump since I could use work travel to lock it in through 2019. Why would I do this, given that I already have United status? Well, there are a few reasons, but one really stands out (SEE: This is why I’m glad I’m a “lowly” AAdvantage Gold).

This whole time, I’ve actually had other loyalty plans.

The one airline that stands out

Delta is where my real sights are set. Earning the other statuses is just serendipitous. In late 2017 and early 2018, I jumped on both the personal and business versions of the Delta Platinum Amex card. All the bonus MQMs have posted in 2018, and I am about to hit the $25,000 spend bonus on the personal version. This, plus my few work trips and a trip to Europe (SEE: Delta 777 Economy Review: Seattle to Paris), will propel me to at least Delta Gold, possibly even Platinum. I’m actually really hoping I’ll hit Platinum, but I don’t plan to go out of my way to fly an extra round-trip for it.

I’ve become a big fan of Delta this year. Between more on-time flights than United (in my personal experience) and a generally better cabin experience, they’ve become my favorite of the alliance airlines. I wish their miles were a bit more valuable, though. At least they seem to be stepping it up with the award sales. We’ve seen some great ones in the past few months, including short-haul domestic economy for 10,000 miles round-trip and even 26,000 miles round-trip to Europe. Those award prices are unbeatable by any other award chart.

All said and done, I have airline elite status three times over. So that’s covered. But I’m not making any plans for 2019. If things work out where I can earn it for basically free again, I won’t complain. But I prefer to be a free agent. 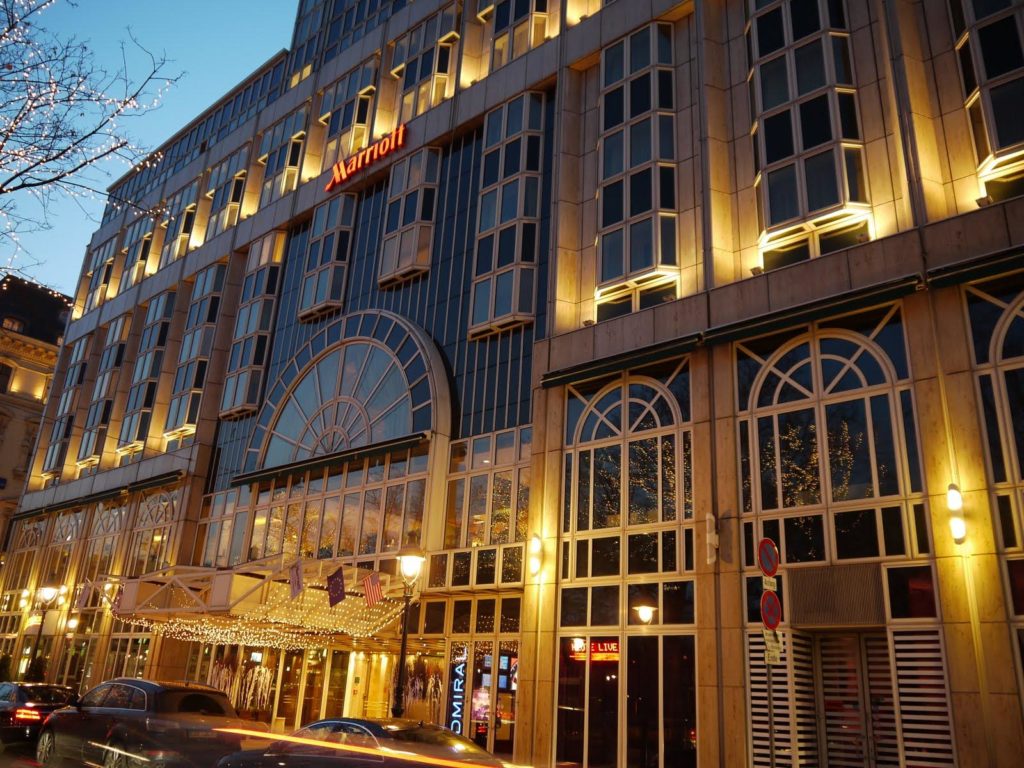 What to do about hotels?

Hotels status has always been a game for me. I’ve held multiple credit cards that give lower tier status in various chains, but rarely held any top tier status. That’s not to say mid-tier status isn’t worth anything. By holding onto my Hilton Surpass (now Ascend) Amex, I was able to maintain Gold status for free breakfast and room upgrades. For a while I also held Diamond from a status match.

We generally don’t do enough paid and award travel in a given year to organically attain top-tier status with any one chain. That’s why I jumped on the Marriott Platinum challenge when I did. My Hilton Diamond match had just worn off, and it was an opportunity to lock in top-tier status for another 18 months.

Sticking with Marriott through 2019 is the plan. I already have 12 nights booked and other 5 in the works, all award stays. But will I try to re-qualify next year? The jury is out on this one. Unless they let me challenge again (not happening), I almost certainly won’t re-qualify.

But there is another potential option that revealed itself recently: Hyatt.

Am I within striking distance of Hyatt Globalist?

Hyatt Globalist had never been a consideration for me. With the 60-night requirement, a higher cash cost on average, and a limited corporate footprint, finding a way to work in enough stays chain to qualify as a top-tier Globalist has simply been a non-starter. However, the new World of Hyatt Visa could change all that.

The new World of Hyatt Visa is a game changer. The card offers 5 elite night credits per year for simply holding it, and then you can earn another 2 elite nights for every $5,000 spent on the card. That bonus, combined with an additional free night for hitting $15,000 in spend, makes it a real winner. If work travel can fill in a decent number of nights in 2019 (this year has seen 30+ nights), I might be willing to shift my hotel plans around to see if I can hit Globalist for 2020.

If I can’t make anything work, there is always Hilton to fall back on. I have hung onto the Hilton Ascend Amex to maintain Gold status in the program. This gives me a reasonable number of bonus points on stays, plus free breakfast. I’ve played the downgrade/upgrade game with Amex to earn some bonus points, too. If I wanted to get really serious about Hilton, I could always apply for the Hilton Aspire card. My account is currently eligible for the 150,000 bonus point Aspire upgrade offer. I just don’t have a spare $450 sitting around for that darn annual fee.

While I remain a firm believer in not chasing airline status (at least not for more than a very minimal amount out of my own pocket), it is rather serendipitous that I was able to attain status with all three “Big 3” U.S. airlines for 2019. We won’t have to worry about checked bags no matter who we fly, and I can now skirt American’s awful close-in fee.

Even though chasing airline status doesn’t make a lot of sense, there is an argument to be made for chasing hotel status. Whether or not I pencil things in to attain Hyatt Globalist is still TBD. At least I have current options locked in for 2019. I’m just trying to plan ahead to 2020.

What are your hotel and airline loyalty plans looking like closing out the year and headed into the next?