The best ways from Rome Airport to the city center

Taxi from Rome Airport to the city center

Taking a taxi from Rome Airport to the city center is going to be your most convenient option, and as always, convenience comes with a price. Don’t you guys remember reading about the truth of the Traveler’s Triangle? 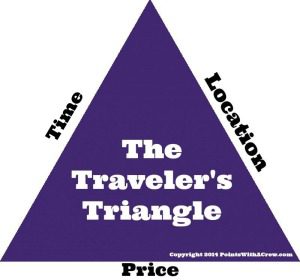 (SEE ALSO: The truth of the traveler’s triangle: The relationship between Time, Price and Location)

A taxi from Rome Airport to the city center will cost approximately 48 Euros, with additional charges for baggage and additional passengers. Of course, the more people that you have, the more a flat cost like a taxi becomes advantageous when compared to the per-person costs of some of the cheaper options below

The Leonardo Express train from Rome Airport to the city center

Another option if you’re flying into Rome Fiumicino airport is to take the Leonardo Express.

Taking a bus from Rome Airport to the city center

Taking a bus from Rome Fiumicino Airport to the city center

Of all the private bus companies that go from Rome Airport to the city center, Terravision seems to be the largest, and the one that we used on our trip

It costs 5 Euros for a one-way trip from Rome Airport to the city center (and vice versa), or 8 Euros for a return ticket. If you buy online, you can get a one-way ticket for only 4 Euros, which is what I did. However I did make a tragic mistake – when you buy your ticket, they send you an email confirmation. The email specifically says that the email itself is NOT a ticket and will not let you board the bus- you need to show your ticket to the gate agent at the airport. So I understood I needed to take something to get my actual ticket that would let me board the bus, but I printed my email and when we got to Fiumicino Airport (an hour late, because our Vueling flight from Nice to Rome was delayed), when I showed my email to the agent, she said that was no good, and so I had to buy 2 new tickets. I ended up buying return tickets since I was planning on using Terravision to get back from Rome City Center to Rome Airport

Once we did that, we had to wait at Bus Stop 5 near Terminal 3 of Rome Fiumicino Airport, and after about 20 minutes the bus showed up and took us to the Rome city center. It dropped us off on the northwest side of Rome Termini station, on Via Marsala It’s important to pay attention to where the bus drops you off – because if you’re returning from Rome City Center to Rome airport, you’ll need to come back here to pick up your return boarding pass and board the bus to take you back to the airport

Taking a bus from the city center to Rome Airport

The return trip was a little crazier. On Wednesday afternoon after a trip to the Vatican Museum and exploring Rome, we collected our luggage and went to the Terracafe Lounge / Bar (see map above) to get our return tickets. We got there about 3:35pm, and there was no line, but it’s important to note that if you’ve bought a return ticket, even if there is a line, you don’t have to wait in it. The airport agent told me this and there are signs indicating so at Termini as well.

One downside of buying a return ticket (and therefore not having a specific train to be on) is that you only get on the next available train. In our case, there was a 4:10 bus, but it was full, so we only got boarding passes for the 4:45 bus, over an hour away. The line for the Terravision bus from Rome City Center to Rome Airport is at Bus Stop 51 (green dot), back down the street to your right. When the 4:10 bus, we tried to see if we could get on the train as well, but they use different color boarding pass cards, so the bus agent denied us boarding.

Another couple and I hung around the bus door anyways, and once everyone that had tickets on the 4:10 bus had boarded, there were still 5 seats available (from no-shows I presume), and so we were able to get on anyways. It was a bit crazy but we made it back to the Bus Stop area of Terminal 3.

Those are your 3 basic options when traveling from Rome Airport to the city center. Personally, we took a Terravision bus and although we had a few problems, I’d definitely take it again. It helped that there were only two of us and that our initial destination was walkable from the Termini station – had there been 4 of us (or EIGHT of us!), or if we would have had to take a taxi or other public transit from Termini to our final destination, then a taxi might have made sense

Any other good tips for traveling from Rome Airport to the city center?