7 places I’m going as a Hyatt Diamond, a hotel CEO on devaluing points, and a million point offer

One of the big stories of this week was the news that Marriott was buying Starwood Hotels.

There’s a lot we still don’t know, but here are 3 things we know about the Marriott / Starwood merger

The money quote – “Devaluing points or member benefits is NOT the way to preserve and strengthen these programs” (we’ll see about that!) 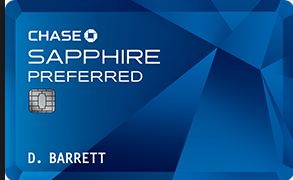 There are 2 increased offers on Chase credit cards

Second is on the Chase Freedom card – it’s an increased signup bonus (to 15,000 UR) AND an increase to 10% for the 4th quarter cashback.  There were some who took exception to my framing of the Freedom bonus offer, so I also posted about a new offer that gives you ONE MILLION POINTS*  (*after spending $1,000,000)

But if you’re a credit card churner (like I am), you probably won’t be approved – learn about the Chase 5/24 rule to find out what Chase cards that churners still can get

Here’s a breakdown of the American Airlines devaluation: Earning, Status and Award Chart – what you need to know

Late last week, @HyattConcierge posted on Twitter looking for people interested in swapping loyalty programs.  It turned out that many people were just being comped to instant Hyatt Diamond status

While (I think?) the opportunity is now over, it didn’t stop me from listing the 7 places I’m going with my new Hyatt Diamond status

While I didn’t have much luck with some of the other SPG sweepstakes, I already won 10,000 Starpoints on this one! (and I’ve read at least 5 reports of others winning 10K instantly)

Here are the rest of this week’s stories: