Reviewing the Amtrak Empire Builder route from Chicago to Seattle

I have a love hate relationship with Amtrak.  Our family of 8 took our first Amtrak trip last summer, going from Amtrak Toledo Union Station to Denver (and back).   Back when Chase Ultimate Rewards could be transferred to Amtrak points (they can’t anymore), we used 100,000 Ultimate Rewards to take a $6500 trip.

(SEE ALSO: 4 reasons my Amtrak trip was a blast…)

Even though Amtrak went through a devaluation earlier this year, you can still get pretty good value on Amtrak longhaul sleeper trains, but you have to be a bit more strategic in your redemptions.

Taking the Amtrak Empire Builder route from Chicago to Seattle

One thing that we learned from last summer’s Amtrak trip on the California Zephyr is that you can’t really count on any sort of definitive timetable for trains.  While in most cases, the trains arrive within a few hours, our train into Denver was delayed by THIRTEEN HOURS, which caused all sorts of problems with our vacation schedule.

But thanks to getting nearly $1200 in vouchers for calling Amtrak customer service, and even though I swore I’d never ride Amtrak again, we decided to take a ride on the Amtrak Empire Builder route over Memorial Day to Seattle.  We started things off by boarding the Amtrak Cardinal at 2:00 in the morning (!) at Cincinnati’s historic Union Terminal Amtrak station 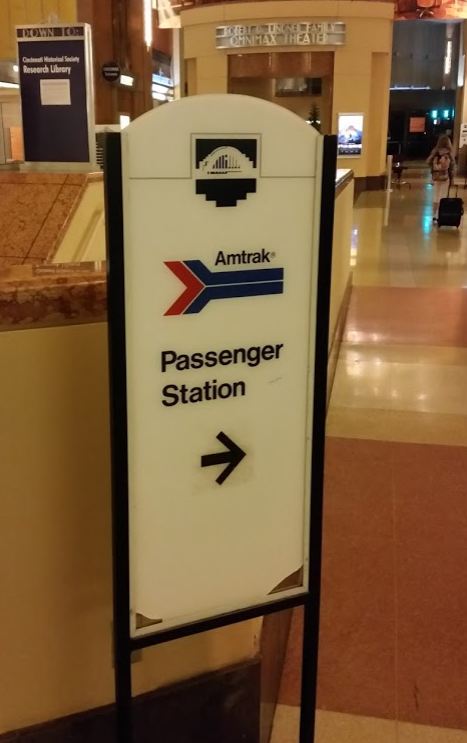 Despite the lateness (earliness?) of the hour, spirits were still mostly high as we waited in the dark for our train to arrive 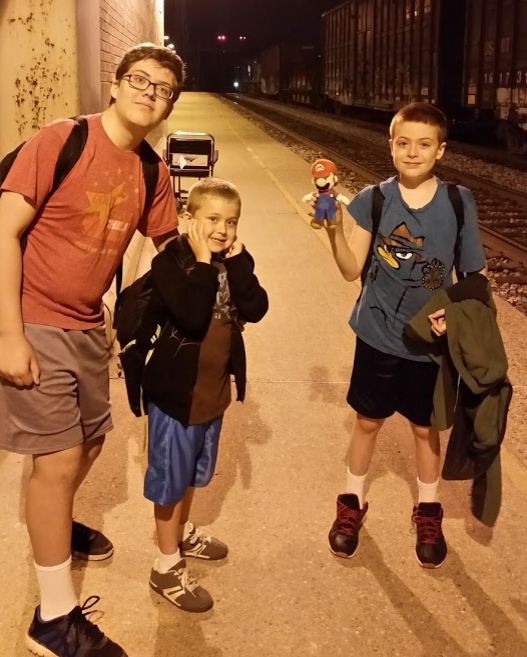 Because of the way we bought our tickets (some on points, some with vouchers, some with cash), for the first leg of our journey (from Cincinnati to Chicago) only the girls got a sleeper car, while the boys had to rough it in the cheap seats

(SEE ALSO: Navigating Amtrak onboard drama in the cheap seats)

It wasn’t too bad, though I wasn’t able to really sleep much for the 8 hour or so ride into Chicago.  After a brief lunchtime stop in the Amtrak Chicago lounge, it was time to take a ride on the Empire Builder Amtrak train to Seattle.  While our train from Cincinnati to Chicago was a Viewliner, the Amtrak Empire Builder route is on a 2-story Superliner train.

You are seated in tables of 4, which is perfect for our family of 8 – we just took up 2 tables.  Since we were traveling on my wife’s birthday, I convinced the Amtrak Empire Builder dining car staff to surprise her with a cake.

Hopefully you can all enjoy me singing off-key 😀

The Amtrak Empire Builder route starts in Chicago and heads north through Wisconsin and Minnesota.  It leaves Chicago in the afternoon and you end up sleeping through most of North Dakota.  The next day you continue on through Montana.  The Amtrak Empire Builder makes fairly frequent stops.  Most of these are very quick on and off stops, but occasionally they will be longer.  We took every opportunity we could to get out and stretch the legs. 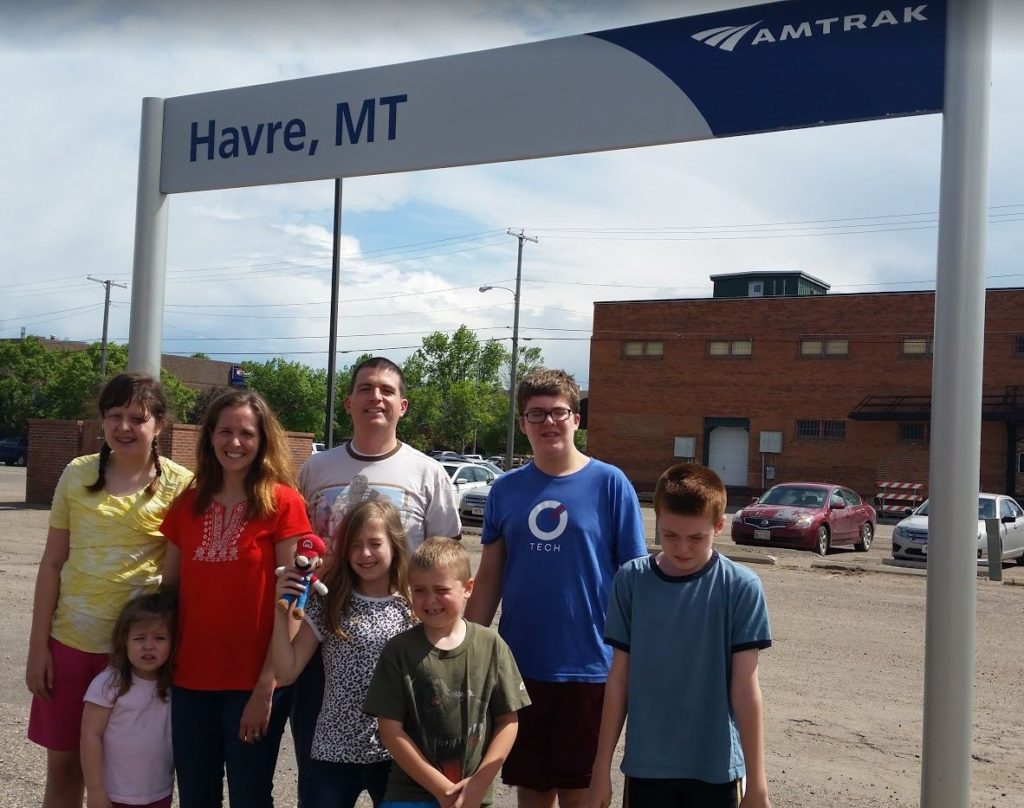 Overnight in Spokane Washington, the car disengages and most of the train continues on the Seattle Empire Builder route, while a few cars take a route through southern Washington and northern Oregon into Portland.  The dining car on the Amtrak Empire Builder goes to Seattle while the lounge car goes to Portland.  You will only end up getting breakfast in the dining car on the 3rd day if you’re going to Seattle.  Portland-bound sleeping car passengers get a cold breakfast from the lounge car.

One nice thing about the Amtrak Empire Builder is that there are 2 places on the Amtrak Empire Builder route where National Park rangers come in to talk about some of the sights that you’re seeing.  The first is on the evening of the 2nd day as you go through Glacier National Park in Montana.  I find it pretty useful for someone who knows what they’re talking about to help understand what you’re seeing.

The panoramic lounge car got pretty crowded with everyone taking pictures of the park and the wildlife.

Then on the morning of the 3rd day, a separate set of park rangers come in to talk you through Eastern Washington and the Cascade range.  Our sleeping car attendant won the trip though with his running commentary as we came into Seattle.  My favorite line was as we came near one of the shipping locks near one of the bays of Puget Sound

There you see some seagulls.  Though actually we call them “bay gulls”, because they go well with locks (lox)

(SEE ALSO: Tipping on Amtrak – how much and to whom?) Last time our family took the Amtrak California Zephyr, we picked 2 of the family bedroom sleeper rooms (that sleep 4 per room).  The problem with this is that there is only one of these family bedrooms per car, so we were in separate train cars.  This time we mixed things up a bit.  We put the girls in one family bedroom car, and then booked the 2 roomette cars right next to the family bedroom.  I slept in one with my younger son, while my 2 older boys shared the roomette across the hall.  I was worried that Amtrak was going to have a problem with the boys sharing their own room (since neither of them were adults), but it worked out fine – there wasn’t a problem at all

I’ll say that if you are an adult of above average size (or claustrophobia), you might not want to sleep on the top of an Amtrak Empire Builder sleeper car or roomette.  I am a little shy of 6′ and average build, and it’s definitely a little tight.

We ended up getting into Seattle’s King Street station at the end of our Amtrak Empire Builder route right on time, which sure was a nice change from last summer’s 13 hour delay!

(SEE ALSO: 6 things to do in Downtown Seattle for kids and families)

(SEE ALSO: The one thing you HAVE to do in Seattle (it’s not the Space Needle)

Have you ever ridden the Amtrak Empire Builder from Chicago to Seattle?  Leave your experience in the comments