What’s the difference between the Acropolis and Parthenon? 5 things you might not know

A few months ago, my son and I took one of our “long distance dates” to Athens Greece (with a stopover in Switzerland).  There were a variety of things that we wanted to do in Athens but a big one was to view some of the ancient Greek sites.  As we researched, we kept seeing some places refer to the UNESCO World Heritage site on top of the hill of Athens as the Acropolis and some places would refer to it as the Parthenon.  We saw it enough to wonder – what’s the difference between the Acropolis and Parthenon? Here’s a zoomed in view of the Parthenon (sitting on the Acropolis) from what I consider the best Airbnb in Athens Greece. 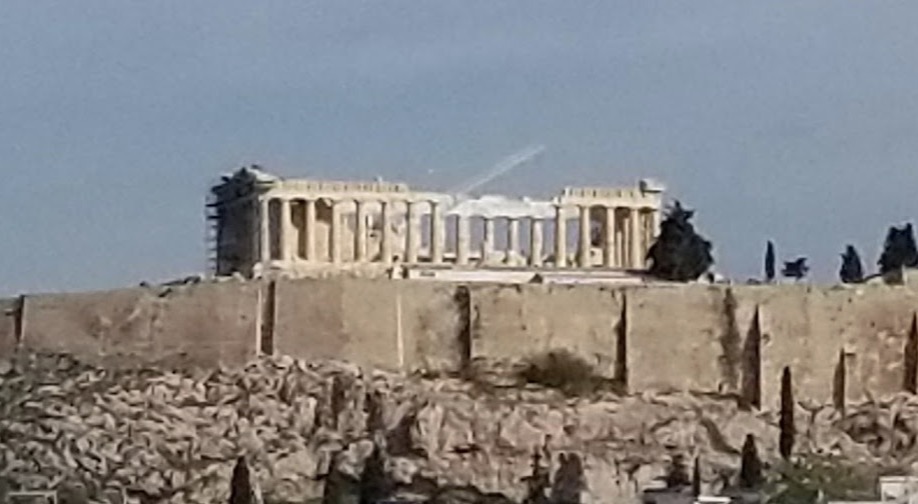 So what’s the difference between the Acropolis and Parthenon?

The Parthenon is a former temple dedicated to Athena and is the largest structure on the Acropolis.  Although there is evidence that the Acropolis site has been inhabited for nearly 6 millenia, construction on most of the buildings that now stand on the site of the Acropolis dates from the time of Pericles.  For example the Parthenon went from 447BC to 438BC at the height of Athenian power. The Parthenon and many other buildings on the Acropolis were severely damaged by the Venetians during the Morean war when a cannonball hit the reserves of gunpowder that were being stored in the Parthenon

5 other structures on the Acropolis besides the Parthenon Have you been to Athens?  What were your favorite parts? 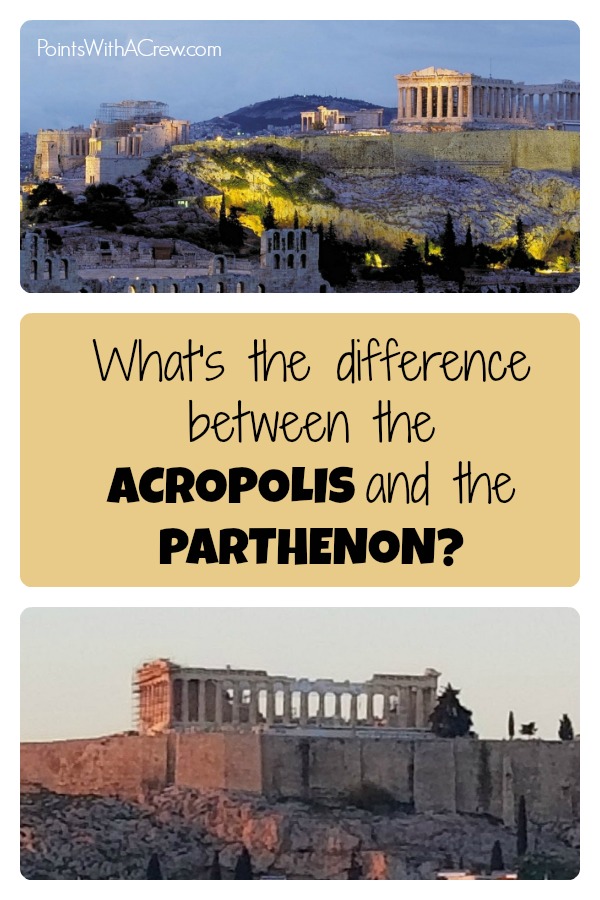